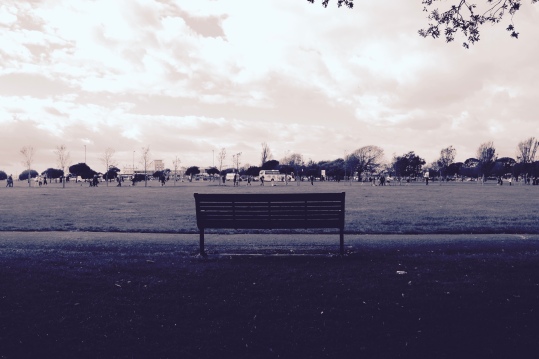 So over the last year it’s not just my physical health that has been a little rocky but my head has been in a spin.

Even though Crohn’s and Colitis are physical illnesses it effects not just the digestive system, but it can mess with your head too and it certainly does for me.

There are so many ways in which a physical illness can effect your mental health: The stress of the diagnosis, the overwhelming amount of medication, or the very fact that your doctor becomes your new BFF and hospitals your second home. It’s all a lot to come to terms with at any age, but when you’re supposed to be living life without a care in the world at 21, for me it felt like being sucker punched.

It’s slightly ironic that I’m sat in front of my laptop attempting to write about how my mind has been in a spin recently and I can’t seem to put it into words. I guess that’s the best way to explain it. All I want to do is organise the whirlwind going on in my head but I keep spiralling out of control and there isn’t anything I can do other than just fall down the rabbit hole of confusion.

When I was first diagnosed back in January it hit me like a metaphorical truck. The worst I’d ever had was a cold and now I was being told that I had a serious health issue to deal with! Safe to say I didn’t quite take it very well and it has probably taken me up until now to fully accept it (and even then I still struggle sometimes). Everything was so overwhelming – the hospitals, the meds, the doctors and nurses – it’s all so much to take in seen as throughout my life I’d actively tried to avoid all that up until now it was a necessity.

Thanks to me being very stubborn and not accepting my diagnosis it not only sent my physical health down the drain but my head was so tired, confused, upset and angry that I just couldn’t function properly. In hindsight, now I’m a little more balanced, I didn’t realise how unstable I was at the time. It doesn’t help that prednisolone steroids throw all your emotions into such a spin that it’s advisable for your family to take an impromptu holiday while you’re on them… So not only was I trying to deal with being hit by a truck, I was also super emotional and this isn’t exactly the easiest thing to organise.

When it rains it pours, huh?

Once I’d dug my head out the ground and accepted what was happening to me things did get a hell of a lot easier but there is still a hurricane going on inside my head.

Sleep seems to evade me and this seems to make things all that much more complicated. Safe to say I get very grumpy when I don’t sleep properly and considering I haven’t had a full night sleep in 3 months I’m pretty cranky and emotional at the moment (I can only apologise to the people that have to deal with me).

I go to sit at my laptop ready to start this 10,000 word dissertation and my brain switches off. I can’t read, I can’t write, I can’t remember anything… I just stare at a blank page with the words on the tip of my tongue but I can’t seem to get them down on paper. It takes so much effort to wade through the fog that has descended over me that by the time it eventually clears I’m too tired to them get any of it down. And again it’s back to bed…This, for anyone who hasn’t experienced it before is Brain Fog. It starts with a heaviness behind my eyes, my head goes fuzzy, I can’t do anything.

And two days ago I had a full on two-year-old temper tantrum over it! And I mean throwing things around the room and then sitting on the floor, in a strop and crying… Mature at 21 I know. But that’s how it makes me feel. I want to scream and cry and just be angry because the simplest task can take every single inch of energy I have left (and even then, sometimes it isn’t enough). Brain fog is exhausting and it can last for days; leaving me feeling very unproductive and lazy (I know I’m not, that’s just how I feel). I got so behind last year from my illness that this year I’m determined to keep on top of it, but 5 weeks into uni and I’ve only managed to sit through one full lecture. This means that I tend to lose my temper quite quickly. And this is where my mental state becomes messy. I tend to blame myself for staying in bed, for not having the energy to pick up a book or go to lectures and this doesn’t exactly help my head or my body.

Recently, although I’m still not 100% I’ve found that the best way to combat this is to give in (and this is very hard for me). When I feel brain foggy I just have to chill out. And that is certainly easier said than done; it takes a lot of effort to just accept it but the only person who is getting angry and upset about it is me and I know that this doesn’t help my colitis either.

So when my brain stops working I just have to attempt to sleep! I stop and relax to let myself recharge and try again another day. Don’t get me wrong some days I do reverse back to my terrible-twos-tantrums but they get rarer as I find new ways to deal with it all.

It may sound totally airy fairy but talking about it really can calm the storm. I’ve probably bored my friends and family to death with it all but I find that just voicing it to someone helps me from not going totally insane! It can just be what you need. A rant, a cry, to scream and moan about it really helps me when I’m in desperate need to just tell someone; it breaks the silence of being on my own and wrapped up in my head all the time! 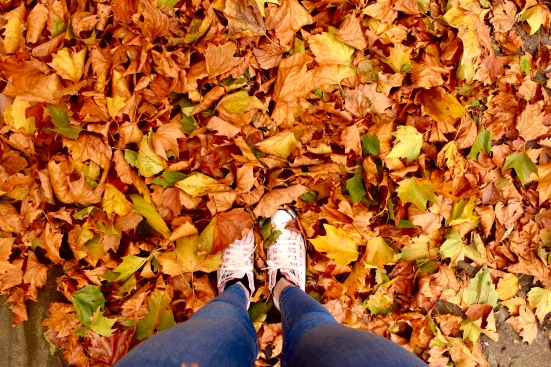 There isn’t any shame in accepting that your mental health isn’t 100%! Being diagnosed with any illness or just when you’re having a rough patch can throw you out of balance. If you need help, or a chat to organise the madness it can be the best thing in the world! Whether that’s with a counsellor, family member, friend or stranger there are so many ways to help beat the hurricane inside your head.