It’s safe to say I never thought I’d be writing this post!

How did I go from a perfectly healthy young woman to spending more time in hospital than your average 90 year old?

It seems ridiculous doesn’t it!? One day I was just bumbling along as we all do, happy as Larry and then suddenly my body decided to start a civil war. No warning, so preparation, just BAM! COLITIS! But there we go… Sometimes your body can just be an almighty bellend.

It’s been 18 months of sick and that’s a very long time… Quite frankly I’m over it! The best way for me to describe what IBD has been like for me is being on the worst period you’ve ever had and topped with aggressive food poisoning 100% of the time! Ladies, you might get that more than the gents but I’m sure they can imagine! Basically it’s shit… But it’s taken me a few months to get to a point where surgery is more positive than negative. I didn’t just wake up one day and think ‘’you know what I want to undergo major surgery to remove my colon and shit into a bag attached to my stomach’’. When I was diagnosed in January my GI went through the stages of how they attack Crohn’s and Colitis – Going onto steroids, then going through the warehouse of medication in the hope to get you off steroids and then if all else fails… SURGERY. When he said that my eyes went out on stalks like a cartoon character from Looney Tunes! Surgery… NO WAY! At the time that sounded like the end of my life. It felt like giving in to my Colitis and letting it beat me – almost like I wasn’t strong enough to fight it but that is far from true. There is a reason why we are called IBD Warriors!

I’ve been through Prednisolone, Cortiment, Azathioprine, Methotrexate, Salofalk and Infliximab. I’ve been bed bound with anaemia for months, lost half a head of hair, lost so much weight I’m just a talking skeleton, and I haven’t had a full night sleep in months. I’m absolutely exhausted. I’ve been fighting my own body for nearly two years and I just want it to stop. It may seem really odd for the light at the end of the tunnel to be major surgery, but instead of just going round and round on the fair-ground ride of sick it gives me hope. I’m not expecting it to be easy. I know I’m not going to jump off the operating table and skip down the ward singing as soon as it’s done – I know the pain won’t end yet but what’s another few months of pain if it gives me the rest of my life! The difference is that surgery pain is temporary, unlike the constant IBD pain I’ve been in all these months.

So here are my top 3 pros of surgery:

1. An end to the constant meds and their god awful side effects (Prednisolone I’m looking at you)! Pred really are the devils tic-tacs! They make my face go all spotty, red, sore and ROUND! They induce a very annoying routine of being awake at 4am craving cereal and they make me so bloated I look 4 months pregnant! I can’t wait to get rid of the suitcase of drugs they’re pumping into my system that can sometimes be worse than the illness itself. 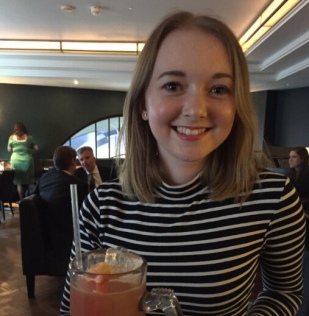 2. FOOD! Now I know they say IBD isn’t necessarily diet related and a lot of people can eat anything, but for me everything with a flavour made me cripple over in pain! I’ve had nightmares about killer camembert or the after effects of a simple slice of cake. Im a little bit of foodie you see, and food has been a huge part of my life! My grandmother and my mother always made good food the centre of my life and I was taught how to cook at a very young age. I have memories of being younger than five, standing on a chair in the kitchen next to my mum probably making more of mess than helping to cook! But the point is that food was a joy in my house, and when I got Colitis food wasn’t fun anymore and it almost became my enemy. I know that I’m going to have to be careful when I get my ileostomy and there may be things it just doesn’t like, but I’ve been told by so many people that they can eat whatever they want! And that excites me so much! To be able to look at cheese or a giant burger and just eat it without being terrified of the pain I’ll be in later is so exciting! 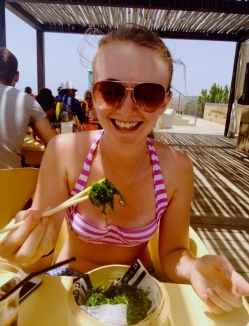 3. Planning. This may seem like an obvious one but being able to plan my life. For the last 18 months I’ve been stuck on the never ending cycle of ill and this has left me without the possibility to plan anything! I have to watch while all my mates are going off into the world of work, travelling to find themselves or even just enjoying university. My health has to come first and if I’m too unwell to even get a Saturday job at a cafe then how can I plan the rest of my life? But now I can start finding out what I want to do or plan a holiday or even just working in a boring cafe for minimum wage! I used to love working and earning my own money – it made me feel useful – but for the last 18 months I’ve had to sponge off the bank of mum and dad because I’m just too sick! And that makes me feel lazy! The prospect of being able to be independent again puts a smile on my face.

This list could go on and on! But what I wanted to highlight was that, even though surgery is huge, it can be what gives a lot of us our lives back! Even though I’m going to have a bag of shit on my stomach and my life will change in so many ways, for the first time since my diagnosis I have clarity. Instead of the ‘ifs’ and ‘maybes’ of drug therapy it will hopefully give me the chance to enjoy myself for the first time in nearly 2 years.

So here’s to cutting the bastard out and being able to be genuinely happy again!