My grandmother always used to say ‘’the way to anyone’s heart is through their stomach’’.

We all have our food memories. They can be anything from a super fancy dinner where the portions are so tiny you need a magnifying glass to see them, take out a mortgage to afford it, and pretend like you understand all the gibberish on the menu so the snobby af waiter doesn’t judge you. Or it could be that time you tried to cook, nearly burnt the kitchen down and ended up ordering in a pizza! Or even the remnants of a greasy kebab after a night out that you were actually too drunk to remember – the only proof being the half-empty takeaway box at the end of the bed. It could be that first sip of tea to pause the pain of Monday mornings, a quiet TV dinner for one, or the family Sunday lunches filled with madness. My first food memory – I was about 2 years old and my grandmother handed me a giant spoon and tub of Haagen Dazs Belgian Chocolate ice-cream. Although I think I wore more ice-cream than actually ended up in my mouth, 19 years later that Haagen Dazs Belgian Chocolate ice-cream is still my favourite! 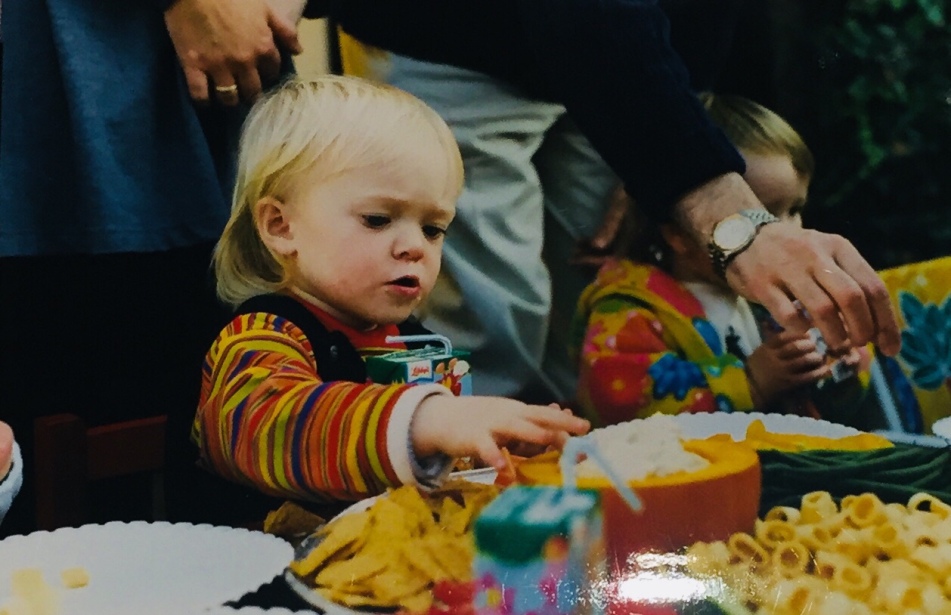 Food can be at the heart of some of the happiest times!

And for me, food equalled love until my body decided to wage war upon itself. Colitis destroyed my love affair with food and made it my worst enemy. Everything that touched my lips meant sleepless nights stuck in the bathroom in tears. And it’s not like I could get away from food – you have to eat – so I had no choice other than endure it. I tried every ‘gut healing’ diet under the sun; eating my weight in turmeric in some hail Mary attempt at calming my body with food but my colon was just too angry.

The sadness I felt when I sat down to a piece of toast, bowl of plain pasta or turmeric loaded dinner was like going through a break-up – constantly reminded of the ‘’it’s not you, it’s me’’ bullshit speech or when they ‘accidentally’ fell into bed with someone else… It makes you feel like crap and that’s how I felt every time I was faced with food; preempting the pain to come later. And stress doesn’t help, so a tight stressed stomach to start with probably made everything worse.

I couldn’t eat that Haagen Dazs Belgian Chocolate ice-cream anymore and the joy that came with it was forced out of my life.

But thanks to surgery I’ve been rescued from the days where food equalled pain! 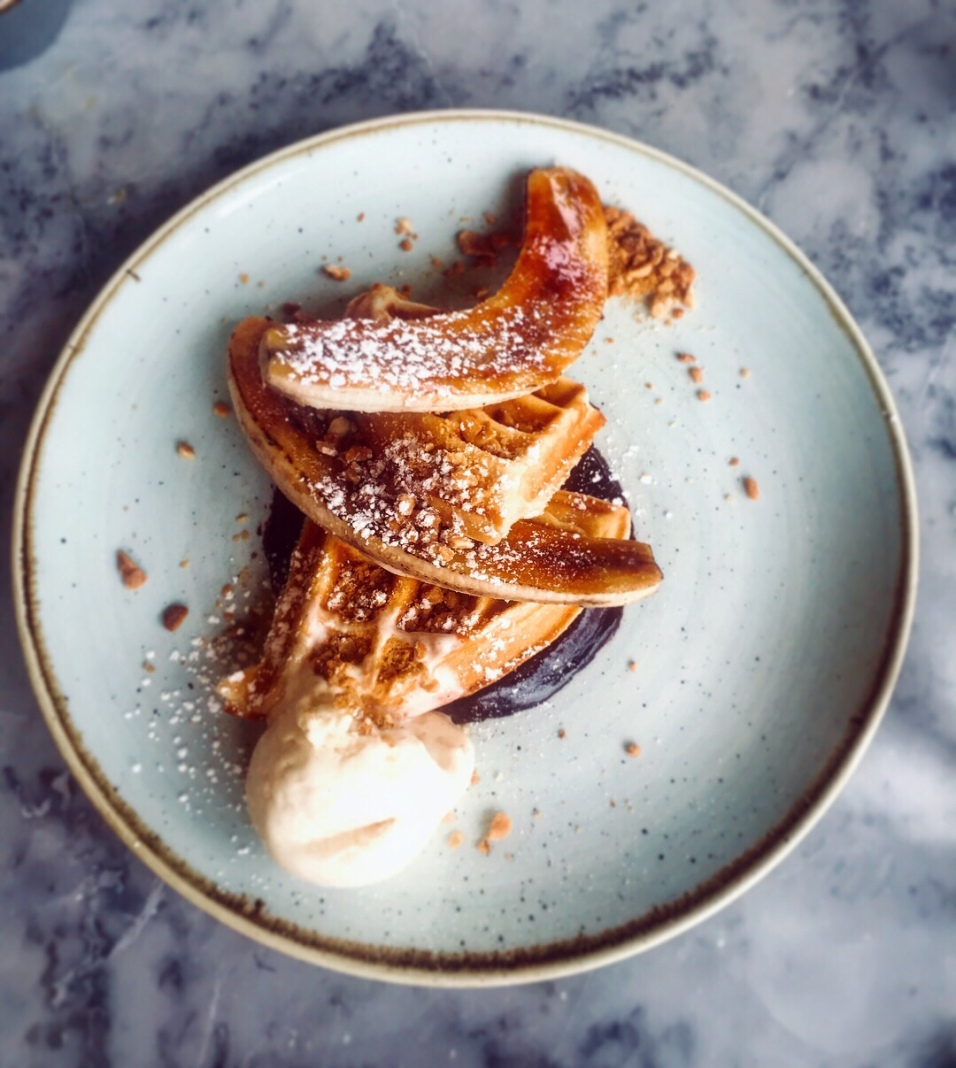 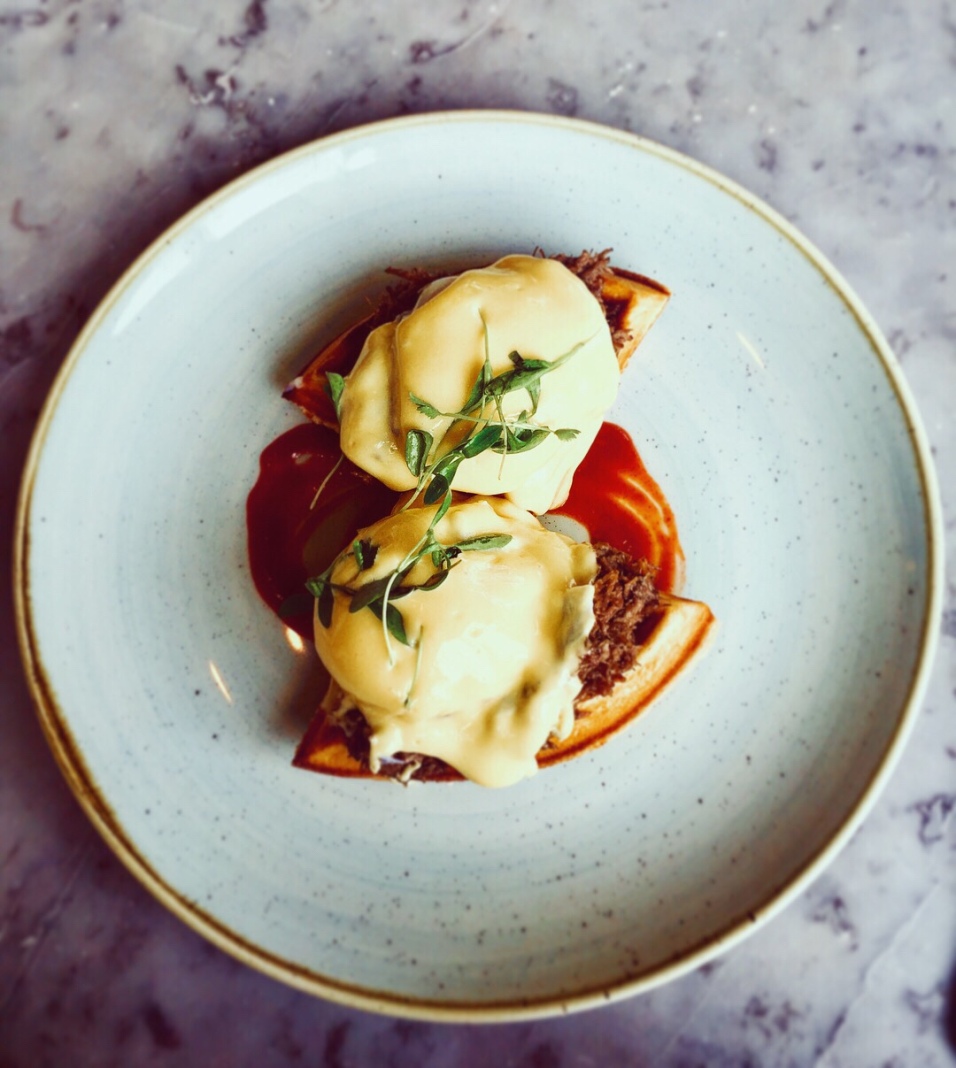 Food is all I think about: I wake up hungry, I think about elevenises while I’m eating breakfast at 10, and don’t even get me started on lunch and dinner.

I came out of surgery around 5 stone so, as my surgeon put it, ‘you’re going to be a little waif when all that swelling goes down and we need to bulk you up! So your diet is going to be awful’ . Now. What he should’ve said is ‘you’re about to enter a world of happiness because you’re going to be eating carbs. Just carbs.’  And that meant everything they tell you not to eat! Everything I couldn’t eat before!

There were a few rules – considering what goes in must come out and it now comes out on my stomach, my stoma nurse gave me a list of the good, the bad and the ugly. The first 4-6 weeks were all about ‘warming me up’ to bag-life, so I said goodbye to all things healthy; any fruit or veg that was super fibrous was off the menu (not that I was too upset about that). Then as the weeks go on I started to introduce all the healthy things and eat pretty much everything in sight!  The only things I was told to avoid were whole nuts, pineapple, mushrooms & sweetcorn…. not really too fussed about any of those, so WOOHOO for being able to eat WHATEVER I want!

I can’t begin to describe having the joy of food back in my life! There’s nothing quite like a homemade spagbol and crisp glass of wine after 2 YEARS! That first mouthful of rich meaty, cheesy goodness – spraying the bolognese sauce everywhere as you slurp up the spaghetti and splatter it all over your face! 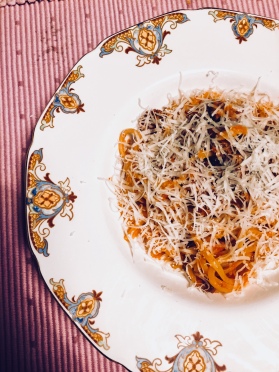 Food means different things to different people: To some it’s fuel and to others it’s magic, so I’m not about to tell you how to eat or what to eat – this is just an insight into the love affair I have with food – hopefully I can inspire someone to love it just as much as I do! I intend to eat Mumma A out of house and home, and get back to the most joyful part of my life!

There are a couple of rules to eating and ostomy life:

No.1 – CHEW! Now I have one less organ to break down all those cakes and biscuits, I take smaller mouthfuls, eat slowly and really chew everything – a serious test of willpower when you can see the bubbling oozy mozzarella melting into the rich tomatoey base of a pizza that has just been put in front of you!

No.2 – dehydration. The point where your small intestine meets your large intestine is where we get most of our water intake. Now mine is no longer on the inside or attached to anything for that matter, dehydration or ‘being dry’ is something that I have to watch out for. My instinct is to go straight for water but no! Water goes straight through you so instead of water it’s all about the flat Lucazade, tea, coffee, squash & smooth juices! I’ve found that Lucazade and squash are the most hydrating.

No.3 – Salt. We are all told to reduce our salt intake, with most of the products on the shelves being low in salt because we are told that it’s healthier. But I actually have to increase my salt intake. Much like the water absorption, your colon is also vital for the absorption of salt, so I need an extra teaspoon of salt to keep my sodium levels balanced.

So in the words of Ruby Tandoh and my new favourite book – EAT UP!

One thought on “A Rekindled Love.”